Evangelist, an anointed Preacher and a gifted singer

Freddy Joseph is an Evangelist, an anointed Preacher and a gifted singer. His Tamil song albums titled, "EN MEETPAR" (which means, "My Redeemer") have sold close to half a million copies worldwide (including digital form ). He also serves as a resource person who works across all Church denominations. In the year 1999, while he was on work in Los Angeles, USA, he received the call of God to share the Gospel to the unsaved and to minister to the body of Christ, which he has been faithfully doing since then.

He has preached to thousands and has touched the lives of several people all over the world through his preaching, songs and his life. While his ministry is based in Chennai, South India, he travels extensively inside India and has also travelled and ministered in countries like Sri Lanka, Malaysia, Singapore, UK, Switzerland, Denmark, France, Germany, USA, Canada, UAE, Qatar, Australia, New Zealand and Indonesia. Freddy is married to Caroline and they are blessed with two sons, Nathan and Caleb and a daughter, Edna. For the latest ministry updates and pictures log onto facebook.com/Freddy.Joseph.Ministries

Freddy Joseph Ministries is a registered religious trust involved in a variety of ministries with a passion to make a difference in the lives of individuals, house-groups, churches and communities. Besides Freddy Joseph partners with individuals, youth fellowship groups, churches and organizations across cities inspired by a twin-vision of sharing the gospel to the lost and strengthening God's people. We are actively involved in:

In obedience to the Great Commission Freddy Joseph Ministries takes the gospel to the many who are living in a lost eternity. We seek to present the gospel in various schools, colleges, neighborhoods, and communities at every given opportunity.

Evangelistic programmes in Schools and Colleges

Schools, colleges present a ready opportunity to meet young people who would never come in contact with the gospel. We run evangelistic programmes in schools and colleges and share the gospel of Jesus Christ with a firm belief that the gospel can make a difference in the lives of young people. We also provide Christian counseling to young adults, college students.

We are also involved in equipping, empowering and encouraging all God's people through ministering to individuals, house groups, and churches irrespective of their denominational affiliations. Our involvement in church ministries is to support the worship and witness of the local churches and encourage them to make a difference.

Freddy Joseph preaches in churches, house-groups, and youth fellowships every Sunday, encouraging exhorting and empowering them to live quality Christian lives. Church ministry is an important aspect of Freddy Joseph Ministries. Sunday is exclusively devoted for ministering to churches. Many churches in Vellore, Chennai, and Bangalore have been blessed by his preaching and teaching. We also help churches with special services where Freddy Joseph and a worship team lead the Sunday worship service.

We also run retreats and other one-off programmes catering to the specific needs of the churches, house-groups and youth fellowships. The programme is marked by interactive sessions, youth interest activities and innovative methods. A team of committed young people drawn from different walks of life help us in these programmes.

We also seek to network with different people and organizations to make available their expertise for the benefit of the larger body of Christ. The R-team (Resource-team) is a team of committed young people who are willing to come together and share their skill and expertise to benefit individuals, young people and families in churches. We would love to have you as a part of our R-team. Please contact us if you have a particular skill that would benefit the life of the church.

Music is a powerful medium to reach young people with the life-changing gospel of Jesus Christ. Music and songs have helped people find God who brings meaning and purpose to life. Freddy Joseph ministries use music and songs as a tool to bring people closer to God.

The music album En Meetpar (a collection of Tamil Christian devotional songs) was released in 2003. The album has been a blessing to many bringing comfort, consolation, and challenge for a deeper Christian life. Freddy is working on his next album and, God willing it will be released soon. 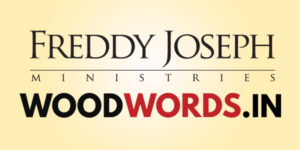